The Swedish annual Gunnar Jarring Lecture was inaugurated in 1997 on the occasion of Ambassador Jarring’s 90th anniversary in honor of his contributions to Turkology and the establishment of a Swedish Research Institute in Istanbul (SRII). For the first 15 years, Stockholm was the site of this recurring event. In 2012, Jarring’s importance for the SRII research environment was accentuated, as a huge book collection originating from the Ambassador’s private library – at present partly accessible worldwide through The Digital Gunnar Jarring Library (www.jarringcollection.se) – was donated to the Institute by the Royal Swedish Academy of Letters, History and Antiquities. As a natural consequence of this development it was decided at an SRII board meeting in 2013 that henceforth the annual Jarring Lectures were to alternate between Sweden and Istanbul.

The very first Jarring Lecture at SRII/Istanbul was delivered on 14 October, 2014, by Dr Susan Whitfield, the founder and the then head of the International Dunhuang Project (IDP), an impressive enterprise for the digitization of finds from early 20th-century archaeological explorations in Chinese Central Asia. In her speech, Dr Whitfield showed how international collaboration under the auspices of the IDP (http://idp.bl.uk) has enabled dispersed collections to be reunited online and placed within their original archaeological context.

This year, on 12 October – late Gunnar Jarring’s 110th  birthday – scholars and students at SRII/Istanbul had the privilege to listen to the 2017 Gunnar Jarring Lecture delivered by Professor Mehmet Ölmez, Yıldız University, Istanbul. The Professor gave an account of his most recent excursion, just a couple of months ago, to Old Turkic and Uyghur inscriptions in Mongolia from the 7th – 9th centuries. Together with his research companion and a local driver he had travelled about 2000 kilometers across the steppe landscape of central and southeastern Mongolia searching for less accessible and thus less known monuments. Two of these were Küli Čor and Moyun Čor to the south of Ulaanbaatar, in the basin of the Orkhon and Tuul rivers. Sharing with us some of the photos taken during their journey, Professor Ölmez made us realize the significance of external data, among them the nature and history of the site, for the identification and interpretation of these inscriptions. 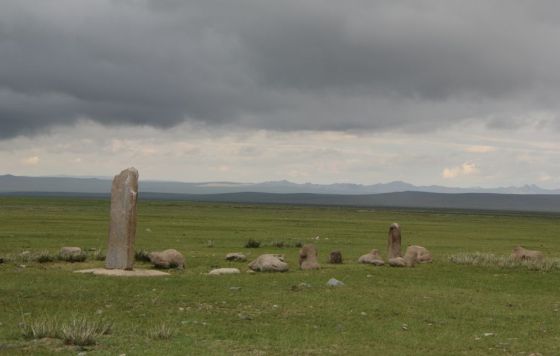